How Many Bankruptcies are Due to Medical Debt? 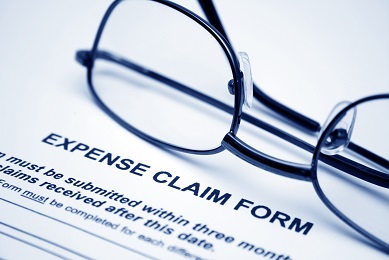 An unexpected traffic accident, the sudden onset of a major disease, or an extended hospital stay due to illness or injury are a few of the emergencies that can cause an enormous spike in medical expenses and consequently, push an individual towards seeking bankruptcy protection. A recent study, however, was aimed at finding out just how many bankruptcies are due to medical debt stemming from hospitalization. While medical debt has long been believed to be one of the major contributing factors to bankruptcy, the study by the New England Journal of Medicine sheds new light on the subject.

Your first question is not surprising: why is the New England Journal of Medicine studying bankruptcy? The study was commenced to test the assumption put forth by a former Harvard professor along with US Senator Elizabeth Warren, who stated that 60% of US bankruptcies are caused by medical debt. The bankruptcy and medical debt study used credit reports from over a half million adults under 25. The data pool examined individuals that had filed bankruptcy in California that had also been admitted to the hospital between 2003 and 2007. While the study of bankruptcy and medical debt does confirm a correlation between hospitalization and bankruptcy, the percentage of cases was much lower than anticipated. The results of this study show that the number was between 4-6% of cases in California hospitalizations actually led to declaring bankruptcy as a result of the medical debt.

Analysis of the Medical Bankruptcy Research

The Journal of Medicine used the state of California for five years in its study. California filed over 68,000 Chapter 7 and Chapter 13 bankruptcies in 2017 alone, therefore, there appears to be enough data to extrapolate some meaningful information. Many counties in California, however, have some of the lowest rates of personal bankruptcy filings in the US, including bankruptcies in San Francisco County and San Mateo County. The main take away from the study is that looking at bankruptcies should be on a larger scale.  When viewed on a larger, national scale, the number of bankruptcies caused by medical debt may be slightly larger than this sampling. However, this study certainly casts doubt on the assertion that 60% of bankruptcies in America are caused by medical debt.

Medical debt doesn’t necessarily mean you will have to file bankruptcy. Although, medical debt can cause you to take on excessive, financially debilitating debt. Additionally, other main causes of bankruptcy include job loss, poor use of credit, divorce, and unexpected expenses due to acts of God or natural disasters.