A Round-up of Bankruptcies in 2020 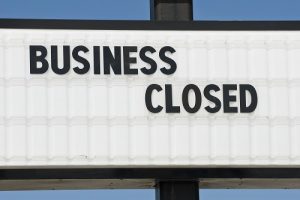 As the year 2020 continues to witness a sharp decline in economic growth, businesses all over the U.S. are filing for bankruptcy. This mainly includes the brick-and-mortar retail sector businesses that have succumbed to the economic meltdown due to operational difficulties and financial stress. As a result, quite a few retail companies have petitioned for bankruptcy, including household names such as J.C. Penny and J. Crew, Pier 1.

The most recent addition to the list of companies filing for bankruptcy was RTW Retailwinds, the fashion retailer's parent company New York & Co. This is likely to result in the shutting down of business operations across 400 locations. However, the management of New York & Co does not plan to shut down the business entirely, but rather spin out portions of its business to repay creditors. In the bankruptcy petition, the retail giant declared assets worth $412 million and liabilities worth $396 million.

Sur La Table has been in the kitchenware business for slightly over five decades. However, the privately held kitchenware retailer could not survive through the economic slowdown. In a recent move, Sur La Table filed for bankruptcy under Chapter 11. According to a report, Sur La Table plans to shutter down half of its operations, which is roughly about 60 stores in the U.S. The Seattle-based kitchenware retailer is currently negotiating a 70-store deal with the Fortress Investment Group.

After analyzing some of the top retailers that have filed for bankruptcy, two significant problems stand out. First off, these companies relied more on their brick-and-mortar business model, and secondly, they did not have a reliable disaster management plan in place. This made it impossible for them to adapt their operational model quickly.

If you are in that tight spot and are running into debt, you still have a handful of options. Depending on your assets and liabilities and your ability to repay your debt in the next five years, you can file for liquidation under Chapter 7 of the Bankruptcy Code or reorganization under Chapter 13.

Contact a Sacramento bankruptcy attorney to find out how you can get financial relief.