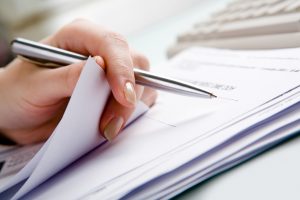 Over the last decade, healthcare legislation reforms have focused on lowering the burden many face as the result of medical costs. However, research shows that medical debts and expensive medical bills are one of the leading causes of bankruptcy filings in the United States. In fact, numerous studies have shown that over 60 percent of personal filings come as a result of unmanageable medical bills. To make matters worse, these medical bills are often unexpected.

For example, according to a study published in the Journal of General Internal Medicine, the majority of Americans are unaware of medical bills until they are overdue, and nearly 70 percent of the respondents had no idea how much their medical bills would cost. It is no surprise then that medical bills are more likely to contribute to bankruptcy among low-income individuals. According to the Consumer Financial Protection Bureau (CFPB), low-income patients receive medical bills from hospitals, doctors and other healthcare providers at a higher rate than their higher-income counterparts. To make matters worse, the majority of these bills are delivered by mail, where they are more likely to be overlooked or forgotten.

Fortunately, medical debt is one bill that can be easily addressed and balances erased through bankruptcy. Filing for bankruptcy to remove debt caused by medical bills is a viable option for patients and their loved ones in a number of different situations.

When Medical Bills Can Be Discharged Through Bankruptcy

In order to be discharged through bankruptcy, medical bills must meet certain criteria. For example, a medical debt that is less than $600 and at least 180 days old has a higher probability of being discharged. In addition, the patient must have incurred the medical bills with the intention of paying them. There are also certain debts that may be difficult to discharge through bankruptcy, such as those incurred as a result of fraud or addiction. In addition, the patient should be able to show that they are unable to pay the debts based on current income. In other words, the patient must prove that paying the debts would make it impossible for him or her to meet basic needs such as food, shelter and clothing.