Student Loans have long been a rising challenge for college graduates in the Unites States.  The cost of eduction has steadily increased during the last half century.  In fact, higher education tuition is one of the fastest increasing costs for young Americans.  The rise of small private schools was supposed to offer convenient and affordable options for those hungry for an education. Unfortunately, a number of significant online universities have closed their doors recently. The students that were attending these schools were left with two major problems. First, these students were left with large amounts of student loan debt. Second, they were unable to obtain high paying jobs to pay off their student loans.

The United States Government began looking at this problem during Barack Obama's presidency.  The best solution from our representatives at the time was to allow these unfortunate borrowers forgiveness for their student loans.  Normally, student loans are not dischargeable in bankruptcy unless the debtor can prove an undue hardship that would make it nearly impossible to attempt to pay back the student loans.  Most people fall short of meeting this standard and are thus left with the burden of large school loans when they have insufficient income to pay.  So when the government came up with a debt relief solution for students who attended schools that went out of business many were relieved.  Nevertheless, these policies still have yet to be implemented.  Many are growing frustrated with Betsy DeVos because she is in charge of implementing these changes.  Apparently she is contemplating changes to the new policies.  Her modification could ease losses for those that backed these loans.  Doing so would be a major reversal from the prior administration's position.

Students can still obtain relief from other debts like credit cards and pay day loans.  Bankruptcy is a long used remedy for those in over their head.  For students, bankruptcy can make their remaining student loans more affordable once other debts are reduced.  If you are facing student loans with unaffordable payments consider looking into ways to reduce your other debts.  The first step is to start communication with a debt relief attorney in Sacramento, CA. 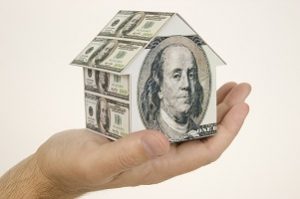