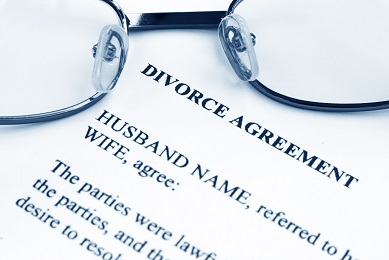 Bankruptcy and divorce may seem like odd bedfellows, however traversing a divorce is often financially straining. Divorce is actually one of the primary reasons for individuals filing bankruptcy in California. When dividing property, children, homes, and businesses the complexity increases the total bill. Additionally, if there are disagreements about the division of property, the family law system can costs consumers tens of thousands of dollars. This financial burden is further increased by the new reality of having to run a home on a single income.

How California Deals with Debt After Divorce

In general, the family law courts in California attempt to split both assets and debts during a divorce. When you declare Chapter 7 bankruptcy after a divorce, your unsecured debts, such as credit cards will be discharged, however, for jointly owned debt, the other party will still be responsible for paying the balance. The bankruptcy automatic stay can be used to stop the sale of any jointly owned property.

Sacramento Bankruptcy Lawyers are often asked about discharging back child support or alimony arrears in bankruptcy. The US Bankruptcy Code places a "priority" classification on family support and so child support, spousal support, and/or other court ordered family obligations cannot be discharged in Chapter 7 bankruptcy. Additionally, these types of debts must be paid throughout the course of a Chapter 13 bankruptcy to avoid dismissal of your case.

With all the factors to consider, it's important to time your bankruptcy appropriately. Divorce proceedings can be highly emotionally charged, so it's important to use bankruptcy as a form of debt relief and not a way to get revenge on a spouse. Assuming you have a working relationship with the other spouse, it could be better for both of your situations to file joint bankruptcy in order to simplify the division of property and how debts are handled after the divorce.

Joint bankruptcies before divorce will not only save money on paying for two separate bankruptcy cases but can also ease the division of marital property, by eliminating debt of both parties prior to a divorce decree. Alternatively, filing jointly takes into account both partner’s incomes and therefore may cause both to be ineligible for Chapter 7 bankruptcy.