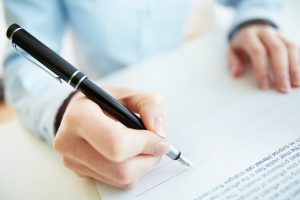 On June 27th, California Governor Jerry Brown signed legislation that will take away most of the authority of the state tax collection agency, also known as the California Board of Equalization. The move comes after a series of investigations by the California Department of Justice claiming mismanagement of funds, misplacing huge amounts of sales taxes into wrong accounts, and interfering with decisions to open field offices. In a massive overhaul, the legislation will shed nearly 4,400 workers down to just 400 employee’s total, and shift those involved with tax collection to the newly created California Department of Tax and Fee Administration.

The State Board of Equalization is a public agency that has been charged with tax administration and fee collection for the state of California for over 130 years. They were responsible for sales and use tax, property tax, special tax, and to act as an appellate body for franchise and income tax appeals. The Board, in a 2017 audit by the California Department of Finance revealed significant problems which lead to June’s breakup of the board. These issues ranged from everything from nepotism to board members spending public money to promote themselves. When faced with the Department of Finance’s scrutiny many couldn’t explain the misallocation of millions of dollars of tax revenue.

The recent move by the state governor has officials scrambling to meet the deadline of creating a brand new department from scratch. Whether or not this move will be beneficial for California Tax most likely will not be realized for many years, however, oversight can’t be stressed enough with an office which is staffed by elected officials and that generates nearly a third of the state’s budget per year.