Where Do I File My Bankruptcy Case

Filing a bankruptcy case is not like filing a divorce case or a lawsuit.  That's because those kinds of cases are often filed in state court.  State court cases are filed in county court houses.  So finding your courthouse is as simple as knowing what county you live in.  Most people know their county and so they have little trouble finding their court for state court legal actions.  Sacramento residents for example can file their legal items in the Sacramento County Court.

Did you know that bankruptcy courts are federal courts?  Federal are not as numerous as state courts.  They are located within districts.  If you have studies election law then you might be familiar with districts.  Districts are drawn based on population and geography.  Some residents though are unfortunately sitting near the outskirts of their district.  This could mean that they have to travel over a hundred miles to visit their local federal judge in some situations.  Needless to say residents that live far away from their federal courts do not have the same access to debt relief.  However, if an attorney represents them in their case, the attorney can attend most of the hearings on their behalf.

So when it comes to filing bankruptcy for Sacramento residents it is quit convenient.  The Eastern District Bankruptcy Court is located in downtown Sacramento at 501 I Street.  Most residents can travel there to pursue their case in a matter of minutes.  The local transit system and Amtrak train also have stops nearby.  How about Californias that dont live in Sacramento?  Maybe they live in a smaller city like Woodland or Vacaville.  For them Sacramento is not much closer than San Francisco.  It turns out that the Easter District includes residents of southern locations like Modesto and Stockton.  It also includes residents all the way to Vallejo.

Filing bankruptcy in the right federal court is the first step to gaining an advantage over your debts.  So make sure to correctly identify your local district court with the help of a Roseville Bankruptcy Attorney.  Getting advice from an advocate in the area can really shorten your preparation and activity time. 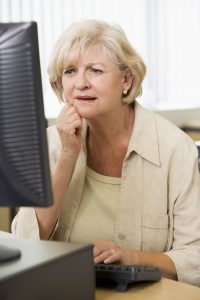